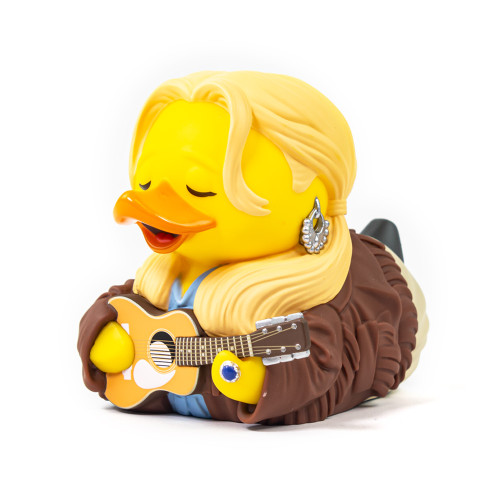 “Who’s singing?” Oh it’s just Phoebe Buffay at it again with her rendition of “Smelly Cat’ for the 50th time… although the lyrics don’t sound the same as all we can hear is quacking! This officially licensed collectable is part of the TUBBZ range, a highly collectable series of your favourite gaming, movie, TV show, and pop culture characters in duck form! Featuring incredibly detailed features, this amazing collectable comes complete in a displayable tub.

Materials: Made of vinyl. Lead free and phthalate free

Caution: Small toys pose a choking hazard to children under the age of three. Use proper supervision.

Lord of the Rings Aragorn by TUBBZ Cosplaying Duck Collectibles

Lord of the Rings Galadriel by TUBBZ Cosplaying Duck Collectibles